In 90-degree weather in Acton on Saturday 07/29/06, The MCats played at “HeelsStock” at the home of Erik and Pirjo Heels, continuing the “Stock” tradition started by Barry and Melissa Grigsby at last year’s BarryStock. By our count, there were well over 100 people from 40 families in attendance. The party was for my 40th birthday, but let’s be honest – it was for the kids! The kids enjoyed the music and also seemed to get a kick out of the tree house. There are also a bunch of pictures on this website. Thanks to the Lowes, McKinleys, and Oltsiks for the pics. Keep ’em coming!

The Acton Beacon was in attendance taking picture for a nice story that ran yesterday entitled “Schoolhouse Rock, For The Kids.” Here’s an excerpt from the story:

“Members of the MCats – a local music group named for the school where its members send their children, McCarthy-Towne Elementary – had education on their minds when they formed. Now they rock for fun whenever they can. The six-member band began to help promote a school fund-raiser in February 2005. The parents came together at the request of Wendy Oltsik – the organizer of a McCarthy-Towne auction and wife of a musician – who wanted a rock ‘n’ roll theme. Six people volunteered, and the MCats were born.”

Thanks to all who attended. HeelsStock was a blast. Keep in mind that you can leave feedback on this website (click the “comments” link to add a comment), so we’d love to hear from you. And we look forward to seeing you at future events!

The MCats band was formed in 2005 to raise money for an elementary school in Acton, MA, the McCarthy-Towne School (MCT), where all of the founding members’ children attended. The MCats set list includes rock and pop music from the 1960s to today and features Betsy Gitelman on vocals, Eamon Tighe on bass, Erik Heels on keyboards, Jon Oltsik on rhythm guitar and harp, Josh Stein on drums, and Paul Greenspan on lead guitar.

Last night’s MCT Auction <http://www.mctauction.com/> was a huge success. The final numbers are not in (or at least I don’t know them), but it appears that the auction raised about $60,000 for our school, which is great.

The auction booket listed the MCats as follows:

McCarthy-Towne’s own parent rock band, the MCats, will play for your special event! You can even customize the playlist from their ever-growing repertoire of music, which spans the decades and genres. The MCats have a proven track record of providing GREAT entertainment to their audiences, both young and old.

Unfortunately, the MCats were auctioned off first (out of 49 items), and things moved so quickly, that before you could say MMM-Cats, the auction was over. I guess we didn’t communicate that we were willing to play two gigs, so we also ended up being the last item auctioned off. But despite having the two worst auction spots, we raised $900 for the school ($550 for the first, $350 for the second). The two gigs are code-named ChipStock and HeelsStock, for their respective buyers. Yes, we bought the band. Hey, it’s all for a good cause, and we now have tentative plans for my 40th birthday party (6/6).

Plus our second annual “band meeting” was a blast, as usual.

Rock on. You know, for the kids!

In preparation for today’s MCT Auction (at which the MCats will again be auctioned off), I’ve put together our set and jam lists.

Songs the MCats have played at gig, with “gig” defined as any event at which we used a sound board. The number in parentheses is the number of times we’ve performed that song.

The MCats have been performing Wilson Pickett’s hit song “In The Midnight Hour” since the band’s inception in 2005.

Josh’s other band, The Groove Pops, is playing at the Sit’n Bull in Maynard.

If you want dinner before the show (award-winning ribs!), call the Sit’n Bull at 978-897-7232 for reservations.
For more info, visit www.sitnbull.com.

Josh mentioned that this is their first big gig, and if nobody comes, it’ll be their last. I’m planning on attending and may walk over, as it’s right across the street from my office.

In January 2005, our band manager Wendy gathered up a few brave souls to jam during the silent auction portion of the annual McCarthy-Town school (Acton, MA) auction. The plan was for the band to get together and rehearse a couple times prior to the gig in March 2005. It was our chance to live out a fantasy and have some fun, while raising money for our school. As Wendy said, “We’ll play a few songs then live forever in rock ‘n’ roll infamy – at least within McCarthy Towne.” One gig turned into two, two into three, three into four. And now we’re starting year two.

The MCats is not organized in any legal sense. We do not play for profit. We play for fun. And to help raise money for our kids’ school. This is our website. This is our story. Happy birthday MCats! Rock on! 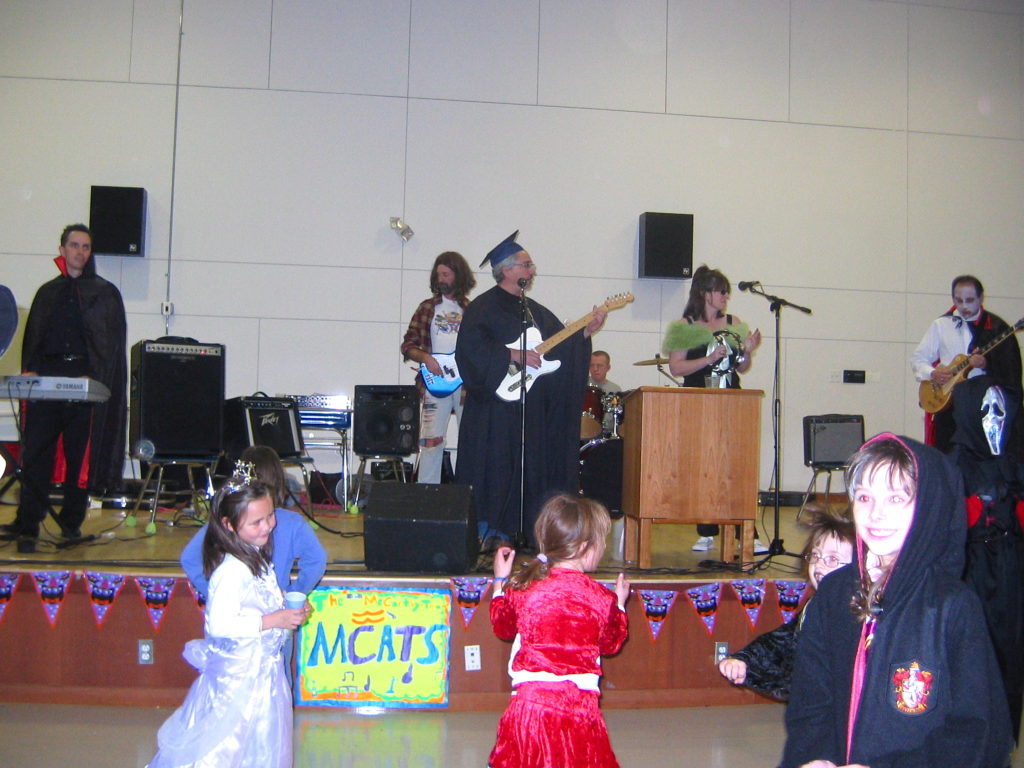 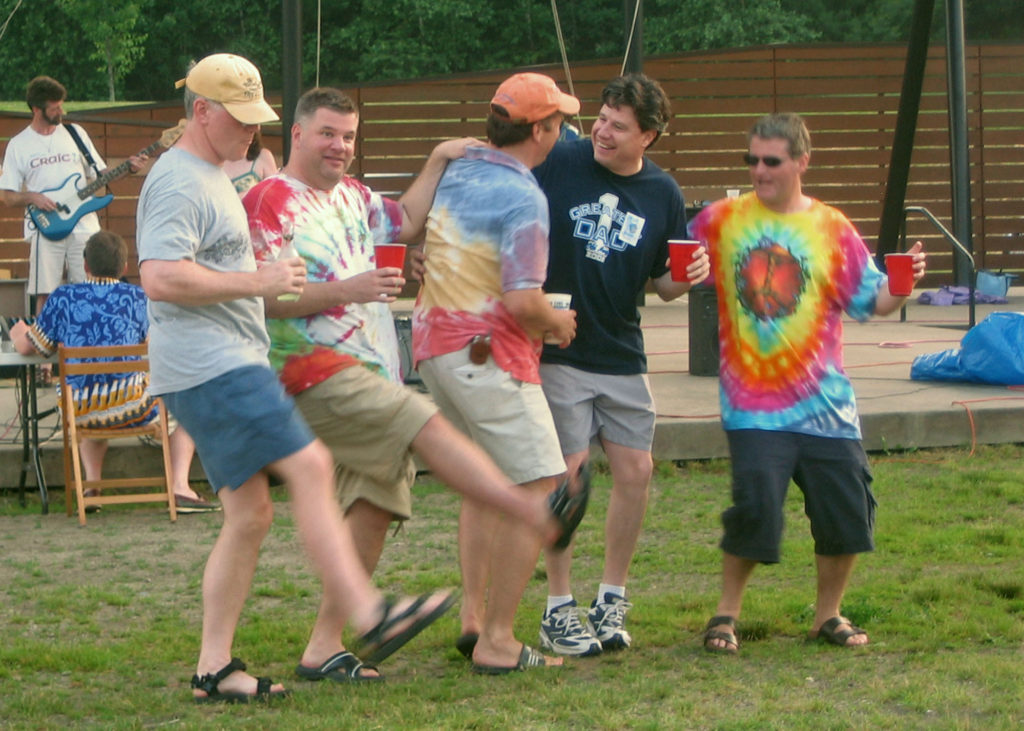